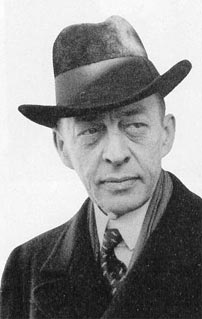 Rachmaninov is regarded as one of the greatest pianists of the twentieth century. He had legendary technical facilities and rhythmic drive, and his large hands were able to cover the interval of a thirteenth on the keyboard (a hand span of approximately twelve inches). His large handspan roughly corresponded with his height; Rachmaninov was 6 feet 6 inches (1.98m) tall according to sources[ He also had the ability to play complex compositions upon first hearing. Many recordings were made by the Victor Talking Machine Company recording label of Rachmaninov's performing his own music, as well as works from the standard repertory.

His reputation as a composer, on the other hand, has generated controversy since his death. The 1954 edition of Grove's Dictionary of Music and Musicians notoriously dismissed his music as "monotonous in texture ... consist[ing] mainly of artificial and gushing tunes ..." and predicted that his popular success was "not likely to last". To this, Harold C. Schoenberg, in his Lives of the Great Composers, responded, "It is one of the most outrageously snobbish and even stupid statements ever to be found in a work that is supposed to be an objective reference." Indeed, not only have Rachmaninov's works become part of the standard repertory, but their popularity among both musicians and audiences had, if anything, increased during the second half of the twentieth century, with some of his symphonies and other orchestral works, songs and choral music recognized as masterpieces alongside the more familiar piano works.

His compositions include, among others, four piano concerti, three symphonies, two piano sonatas, three operas, a choral symphony (The Bells, based on the poem by Edgar Allan Poe), the All-Night Vigil for unaccompanied choir (often known as Rachmaninov's Vespers), the Rhapsody on a Theme of Paganini, 24 Preludes (including the famous Prelude in C-sharp minor), 17 Études-tableaux, Symphonic Dances and many songs, of which the most famous is the wordless Vocalise. Most of his pieces are in a melancholy, late Romantic style akin to Tchaikovsky, although strong influences of Chopin and Liszt are apparent. Further inspiration included the music of Balakirev, Mussorgsky, Medtner (whom he considered the greatest contemporary composer and who, according to Schoenberg's Lives, returned the compliment by imitating him) and Henselt.

Rachmaninov was born in Semyonovo, near Novgorod in north-western Russia, into a noble family of Tatar descent, who had been in the service of the Russian tsars since the 16th century. His parents were both amateur pianists, and he had his first piano lessons with his mother on their family estate at Oneg; however, his parents noticed no outstanding talent in the youngster. Because of financial difficulties, the family moved to Saint Petersburg, where Rachmaninov studied at the Conservatory before moving to Moscow. There, he studied piano under Nikolay Zverev and Alexander Siloti (who was his cousin and a former student of Franz Liszt). He also studied harmony under Anton Arensky, and counterpoint under Sergei Taneyev. It should be noted that, in his younger days, Rachmaninov was found to be quite lazy, failing most of his classes and spending much time skating. It was the strict regime of the Zverev home (a place for many young musicians, including Scriabin) that instilled discipline in the boy.

Already, in his early years, he showed great skill in composition. While still a student, he wrote the one-act opera, Aleko (for which he was awarded a gold medal in composition), his first piano concerto and a set of piano pieces, Morceaux de Fantaisie (Op. 3, 1892), including the popular and famous Prelude in C-sharp minor. (According to Francis Crociatas liner notes to RCA's 10-CD set of Rachmaninovs recordings, the composer later became annoyed by the publics fascination with this piece, composed when he was just 19. He would often tease an expectant audience by asking, Oh, must I? or claiming inability to remember anything else.) Rachmaninov confided in Zverev his desire to compose more, requesting a private room where he could compose in silence, but Zverev saw him only as a pianist and severed his links with the boy. After the success of Aleko, however, Zverev welcomed him back as a composer and pianist. His first serious pieces for the piano were composed and performed as a student, at the age of thirteen, during his residence with Zverev. In 1892, at nineteen, he completed his Piano Concerto No. 1 (Op. 1, 1891), which he revised in 1917.

Rachmaninov's Symphony No. 1 (Op. 13, 1896) premiered on 27 March 1897 in one of a long-running series of "Russian Symphony Concerts", but was torn apart by critics. In a particularly vitriolic review by César Cui, it was likened to a depiction of the seven plagues of Egypt and suggested that it would be admired by the "inmates" of a music conservatory in hell. It is often mooted that the criticisms stem from inadequacy of the performance. The conducting of Alexander Glazunov is often remembered as a problem: he liked the piece, but was a weak conductor and starved of rehearsal time. Rachmaninov's wife later suggested that Glazunov may have been drunk and, although this was never intimated by Rachmaninov, it would not seem out of character. The disastrous reception, coupled with his distress over the Eastern Orthodox Church's objection to his marrying his cousin, Natalia Satina, contributed to a period of severe depression.

He wrote little music over the following years, until he began a course of autosuggestive therapy with psychologist Nikolai Dahl, an amateur musician himself. Rachmaninov quickly recovered his confidence. An important result of these sessions was the composition of the Piano Concerto No. 2 (Op. 18, 190001), which was dedicated to Dr. Dahl. The piece was very well received at its premiere at which Rachmaninov was soloist, and remains one of his most popular compositions.

Rachmaninov's spirits were further bolstered when, after years of engagement, he was finally allowed to marry Natalia. They were married by an army priest in 1902, and their union lasted until the composer's death. After several successful appearances as a conductor, Rachmaninov was offered a job as conductor at the Bolshoi Theatre in 1904, although political reasons led to his resignation two years later. In 1908, he moved to Italy, and later to Dresden, Germany, while waiting for the political situation in Russia to normalize.

Rachmaninov made his first tour of the United States as a pianist in 1909, an event for which he composed the Piano Concerto No. 3 (Op. 30, 1909). This successful tour made him a popular figure in America.

Following the Russian Revolution of 1917, which meant the end of the old Russia, Rachmaninov and his family left for Stockholm in December of 1917, and never returned to the home country afterwards. They settled then in Denmark for a year, and finally started a 10 days voyage from Oslo to New York on November 1, 1918, which marked the beginning of the American period of the composer's life. After Rachmaninov's departure, his music was banned in the Soviet Union for several years. His compositional output slowed, partly because he was required to spend much of his time performing to support his family, but mainly because of homesickness; he felt that, when he left Russia, it was as if he had left behind his inspiration.

As the years went on, and he became more and more aware of the fact that he would never again return to his beloved homeland, he was overwhelmed with melancholia. Most people who knew him later in life described him as the saddest man they had ever known. Nevertheless, his Rhapsody on a Theme of Paganini, today one of his best-known works, was written in Switzerland in 1934.

Rachmaninov and his wife became American citizens on 1 February 1943. His last recital, given on 17 February, 1943 at the University of Tennessee Alumni Gymnasium, prophetically featured Chopin's Piano Sonata No. 2 in B flat Minor which contains the famous funeral march. A statue commemorating Rachmaninov's last concert stands in the World's Fair Park in Knoxville, TN.

Rachmaninov died on March 28, 1943, in Beverly Hills, California, just a few days before his 70th birthday, and was interred in Kensico Cemetery in Valhalla, New York. In the final hours of his life, he insisted he could hear music playing somewhere nearby. After being repeatedly assured that was not the case, he said: "Then it is in my head".