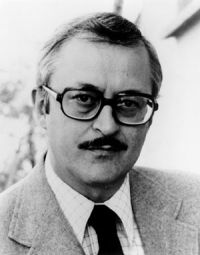 Robert Muczynski was born on March 19, 1929 in Chicago, Illinois and is a contemporary American composer. Muczynski studied composition with Alexander Tcherepnin at DePaul University in the late 1940's where he received the Bachelor of Music degree (1950) and the Master of Music degree (1952). Both degrees were in Piano Performance. Internationally recognized, Muczynski's works appear with increasing frequency on programs in the US, Europe, the Far East, Australia and Mexico. At age 29 he made his Carnegie Hall debut, performing a program of his own compositions for piano.