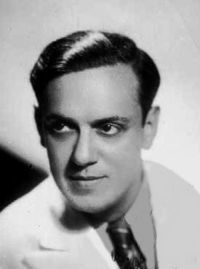 Ernesto Lecuona was perhaps the most important and influential musical artist from Cuba in the first half of the 20th century. He was born into a musical family on August 6, 1895, in the small community of Guanabacoa, Cuba, located on the outskirts of Havana. His older sister, Ernestina, also a composer, quickly recognized his potential and became his first piano teacher. Lecuonas first paying job was as a pianist in the silent movie houses in Havana. He later studied with Antonio Saaverda and the well-known Cuban teacher Joaquín Nín, a student of Moszkowski, at the Peyrellade Conservatoire, eventually being awarded the Gold Medal upon graduating from the National Conservatory of Havana at age 17. Following his graduation, he briefly studied with Ravel in Paris, and then began his career as a concert pianist.

Lecuona first performed outside of Cuba in 1916 at the Aeolian Hall in New York. His modest success there was greatly expanded by a later concert tour to Spain with violinist María de la Torre in 1924. As Latin-American music became more popular with audiences across the globe, so, too, did Lecuonas fame grow. Perhaps his most famous composition, Malagüeña was first performed in 1927 at the Roxy Theatre in New York. By the time of his series of Parisian recitals in 1928, Lecuona had become well-established not only as a concertizing pianist of considerable talent and technical prowess, but also as a composer of high quality music filled with infectious rhythms and memorable melodies.

The first of many film scores composed by Lecuona, Under Cuban Skies, released by MGM Studios, thoroughly placed him as one of the leading Latin composers for Hollywood studios. Over the next decade, he composed the film scores to no less than 11 feature films for American and Latin-American studios. In 1942, audiences were wowed by his score for Always in My Heart, released by Warner Brothers. The mega-hit Siempre en mi corazón was nominated for an Academy Award for Best Song. The Oscar for that year, however, went to the now little-known and seldom-heard White Christmas by Irving Berlin.

Lecuona was very interested in promoting other Cuban musicians and artists. Along with Gonzalo Roig, he founded the Havana Symphony. He formed the Palau Brothers Cuban Orchestra, later renamed the Lecuona Cuban Boys; touring with this band throughout the US and Europe enabled him to perform his popular compositions with the band and his more serious classical compositions on solo piano in the same venue. In recognition of his work with Cuban artists, he was named as an honorary cultural attaché to the Cuban embassy in Washington in 1943. Later that same year, his towering Rapsodia Negra for piano and orchestra was premiered at the Cuban Liberation Day Concert held in Carnegie Hall.

Increasingly unhappy with Fidel Castros regime and communist ideals, Lecuona felt obliged to abandon his homeland in 1960. He relocated to Tampa, Florida, USA, vowing never to play again until Cuba was free of Castro and communism. A short three years later, while attending an honorary concert in the Canary Islands, he fell sick and died on November 29, 1963. His grave may be visited at the Gate of Heaven Cemetery on Long Island, New York.

Lecuonas musical output is prolific and varied. Perhaps most remembered for the most famous of his 406 songs, his legacy lives on in his 176 piano solos, 11 film scores, 37 orchestral works and many stage musicals and operas. Much as Gershwin integrated popular music into accepted classical form, Lecuona excelled at merging Latin rhythms and lush melodies from popular music into contemporary classical music. His influence continues in Latin America to this day, demonstrating the long-lasting import of his music.