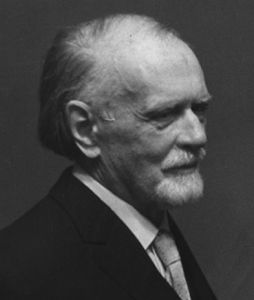 Zoltán Kodály was born in Kecskemét, Hungary. He grew up in Galánta where he started playing the violin and sang in the cathedral choir. He would spend his time in the cathedral library where many scores were at his disposal.

In 1897, at the age of 15, Kodály composed a piece for orchestra and his school's orchestra performed it. Three years later Kodály was accepted into the Liszt Music Academy.

1905 would prove to be an important year for Kodály. It was this year that he would meet his first wife and Béla Bartók. Kodály's career would closely follow Bartók's. The next year both enrolled at The Academy of Music at Budapest to study composition. With a mutual interest in Hungarian folk-songs, the two would take trips to the Hungarian countryside and record melodies of kinsman and country folk.

Kodály's contribution to music is immense. His "Kodály method" is based on a method that stresses the importance of vocal training through solfege and hand signal comprehension.

Kodály is mainly known for his Choral and Chamber Music, though his piano literature has its place in modern performance repertoire.

Kodály spent most of his life in Hungary, but visted the United States twice. He remarried a year after Emma, his first wife died in 1958. In 1967 Kodály had the 2nd of two hard attacks and did not recover. Though he is gone, his music remains important to the people of Hungary and those of nations all around the world.