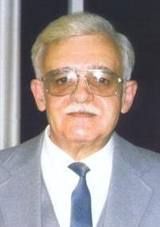 Nikolai Kapustin's marvellous jazz-imbued piano music, having been largely unknown and unpublished for decades, has only recently become popular, thanks to pioneering recordings by Marc-André Hamelin and Steven Osborne. The composer himself recorded a large part of his output, but these CD's are not readily available in the West. Some videos of him can be found on YouTube.

Kapustin was born in 1937 in Gorlovka, Ukraine. He started playing the piano at age 7, and attended the Moscow Conservatory under the tutelage of the great piano peadagogue Alexander Goldenweiser. As well as attaining technical brilliance in the great Russian tradition, Kapustin developed a broad view of music and became aware of the significance of jazz. Already during his studies he was composing his own music. After graduating in 1961, he formed a jazz quintet, played with Juri Saulsky's band in Moscow, and toured extensively, in Russia and abroad, with Oleg Lundstrom's Jazz Orchestra.

Kapustin's piano music presents the perfect fusion of classical and jazz, effortlessly blending the grand style of Rachmaninov, Medtner and Scriabin with jazz idioms like blues, bebop, swing, stride, and boogie-woogie, all contained within strict classical forms. His piano writing is brilliant and highly pianistic, fitting naturally under the fingers, and never more difficult than it needs to be to achieve its intended effect. Kapustin mentions Oscar Peterson as a key influence.

His large output for piano, not all of it published yet, contains 13 Sonatas, Preludes, Etudes, Variations, a Sonatine, a Suite, a set of 24 Preludes and Fugues, and numerous pieces like Impromptus, Bagatelles, Inventions, etc. Apart from piano music, he composes a large numer of chamber works like string and piano quartets, and works for orchestra and big band.

Now that his music is gaining widespread recognition, Kapustin is hailed as a genius of the piano - perhaps the greatest living piano composer. Despite his recent popularity, Kapustin remains a modest and unassuming person, who does not like to travel outside of Russia, and if he really has to, does so only by train.