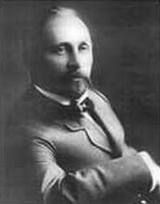 Georges Catoire (or in Russian, Georgy Lvovich Katuar), born in Moscow on April 27, 1861, was a Late Romantic Russian composer of French lineage. Catoire graduated from Moscow University with honors in 1884 with a degree in science and mathematics. He worked in his fathers business briefly, but soon decided to become a musician.

Catoire first studied piano and harmony with V. I. Willborg, a pupil of Karl Klindworth (a student of Franz Liszt), and later studied piano directly with Klindworth in Berlin, as well as composition with Otto Tirsch and Philip Rufer. During this time Catoire showed promise both as a composer as well as pianist. Catoire declined to debut as a concert artist, despite Klindworths urgings, aspiring instead to focus on composing.

In 1886 Catoire became acquainted with Tchaikovsky who greatly encouraged him to continue composing. Tchaikovsky introduced Catoire to his publisher, Jurgenson, and gave him a letter of introduction to Nicolai Rimsky-Korsakov in St. Petersburg, recommending further training. Rimsky-Korsakov gave Catoire but one lesson and immediately referred him to Anatol Liadov. During that time Catoire produced Three Pieces, Op. 2 and Caprice, Op. 3 for piano. This concluded Catoires formal training in composition; however, back in Moscow, he was guided as needed by his friend Anton Arensky. Beginning in 1919 Catoire became a professor of composition at the Moscow Conservatory, where he also wrote scholarly papers on music theory and composition.

Nowadays Catoires music is somewhat obscure and neglected for several reasons: First, he declined to perform and promote his own compositions in public during his lifetime, although the pianist-pedagogue Alexander Goldenweiser and violinist David Oistrach did champion his music to some extent. Secondly, as a composer, Catoire had been effectively black-balled by Rimsky-Korsakov and his circle for being a strong and vocal proponent of the music of Richard Wagner as well as being a member of the Wagner Society. Rimsky-Korsakov and his associates intensely disliked Wagners music and resented Catoires advocacy for Wagner. Third, following the Bolshevik Revolution, the Soviet Ministry of Culture ignored Catoires music, as its late romantic character did not conform to the new political directives of art for the glory of socialism. Thus, except for a single volume issued in 1928, his scores and sheet music were never again reprinted and recirculated in Russia. And finally, Catoires piano music is difficult and best revealed through a virtuosic technique. Catoire died on May 21, 1926 at age 65.

Although Catoire composed numerous lieder and a poem for voice and piano, a cantata for voice, chorus and orchestra, a symphony, a piano trio, a string quartet, a piano quartet, two sonatas as well as an elegy for violin and piano, and a piano concerto, probably the principal interest here will be the solo piano works. These include preludes, morceaux (character pieces), etudes, and other miscellaneous pieces. Catoires late romantic works contain influences from Wagner, Tchaikovsky, early Scriabin and Faure. The music is ultra-romantic and sensuous and completely accessible upon first hearing.