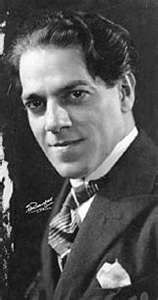 Heitor Villa-Lobos was born on March 5, 1887 in Rio de Janeiro, Brazil. When he was six years old, his father, who worked as a librarian and amateur cellist, taught young Heitor cello by using a specially adapted viola.  His father also taught him music theory.  Heitor later learned the clarinet, piano, and was introduced to the music of J. S. Bach when his aunt gave him the book, The Well Tempered Clavier. Bach would later become a great influence to Heitor.

Music filled the Villa-Lobos home every Saturday night when musician friends came over and played their instruments late into the night. But Heitor was most captivated by the music called choro, composed and played by the street musicians (chorões) who gathered during Carnival, parties, and in the streets regularly for the shear pleasure of playing music together. When his father died, Heitor taught himself guitar and often joined in with the chorões where he learned the art of improvisation. Since music surrounded him most of his young life, his mother should not have been surprised when he declared that he would devote all his attention to music, instead of becoming a doctor like she had hoped.

In 1905, at the age of eighteen, Villa-Lobos began a seven year odyssey through Brazil where he collected thousands of musical themes and folk songs from the various regions and wrote them all down using a made-up short hand. He used these for future compositions. Also during this time, he continued his self-education by studying pieces from the great masters and then composed his first major composition, the Piano Trio No. 1.

Villa-Lobos returned to Rio de Janeiro in 1912 and married a pianist named, Lucilia Guimarães. He also enrolled in formal music education. However, he did not stay at his classes for long, as his personality and musical endeavors were mismatched with the traditional academic establishment.  Instead, he played cello in cafes and cinemas and continued composing.

In 1915 Villa-Lobos gave his first series of concerts in Rio de Janeiro. His modernistic music generated negative press reports and provoked rage in the conservative ranks. Another negative incident happened in 1918 when he was invited by the National Institute of Music to conduct a concert of his own music, the Symphony No. 1 and Amazonas. The musicians in the orchestra, accustomed to traditional music, refused to play what they considered to be something made up of only dissonances.

Meanwhile, Arthur Rubinstein is in Rio on tour and befriends Villa-Lobos. They would become life-long friends, and it is Rubinstein who prompted Villa-Lobos to write more piano music. Rubinstein was the first to perform Villa-Lobos Prole do Bébé (the Babys Family) a suite based on childrens themes.  Villa-Lobos would later become friends with Edgard Varése, Pablo Picasso, Serge Prokofiev, and Leopold Stokowski.

Encouraged by friends, Villa-Lobos traveled to Europe in 1923, stopping first in Paris, France where in less than a year he made a name for himself with the help of Rubinstein and singer Vera Janacopulus who performed his works in several European countries. Villa-Lobos returned to Paris in 1927 to organize concerts and publish several works. During this second stay in Paris, he performed his compositions at recitals, conducted orchestras (he introduced the Choros  his work based on the time when he was with the wondering street musicians) and gained international prestige, while still provoking controversy over his modernistic and musical daring. He then became Professor of Composition at the International Conservatory of Paris.

Villa-Lobos went to Sãu Paulo, Brazil in 1930 to do a concert and ended up staying for two years because of his concern with the poor music education program currently offered in the schools. He developed a new plan and became Rios Director of Musical and Artistic Education. His focus was on choral music in the schools, out of which grew the National Conservatory for Choral Music. In 1936 he travelled by Zeppelin to Europe to gain support for his many plans regarding choral programs and at one time organized a choral group consisting of 40,000 school children.

Villa-Lobos travelled to the United States for the first time in November of 1944 where the Boston Symphony Orchestra performed a concert of only his music. With his popularity soaring, he traveled next to Los Angeles, New York and back again to Paris. Serious health problems in 1948 forced Villa Lobos to travel to the United States for surgery related to cancer. After recovering, he continued his worldly travels and fulfilled many commissions for works, including a guitar concerto for the famous guitarist, Andre Segovia.  Villa Lobos returned to Rio where he died on November 17, 1959.

During the 1920s, Villa-Lobos began work on a cycle of fourteen pieces collectively called Choros. These were composed for a variety of ensembles and even established a new form of music. Between 1930 and 1945, his admiration for Bach is reflected in his Bachianas Brasileiras (the Brazilian Bach suites.) These are basically nine pieces for various instruments in a Baroque form with added Brazilian color. He is also known for writing several pieces that combine high and low pitched instruments. The most popular is Associo a Jato (The Jet Whistle) and uses the flute and cello together.

Villa-Lobos was a prolific composer. Besides the aforementioned pieces, he wrote many symphonies, concertos, chamber music, string quartets, operas, ballets, music for films (Hollywoods The Green Mansions), works for solo guitar, and music for solo piano  the largest collection of all the categories. He became one of South Americas most celebrated composers and was a charismatic man, full of energy and passion for his music. In most pictures, he is smiling and holding a big cigar. When trying to sum up his music, one can refer to the words of a music critic who once wrote in Le Monde:  A Villa-Lobos concert is always something tasty, explosive and powerful.