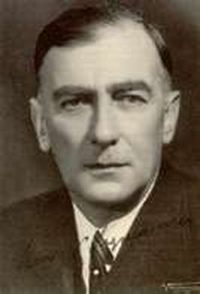 Karol Maciej Szymanowski was a Polish composer and pianist and was born in Tymoszówka which today is Ukraine.
He studied music privately with his father before going to Gustav Neuhaus' Elizawetgrad School of Music from 1892 and, from 1901, the State Conservatory in Warsaw, of which he was later director from 1926 until retiring in 1930.

Szymanowski was forced to abandon the family estate during the 1917 revolution, when the estate was looted by the Bolshevik army and his two grand pianos wantonly destroyed. He subsequently lived in Warsaw but spent a lot of time in Paris and Vienna, and traveled extensively across Europe and the Mediterranean.

Szymanowski composed music in all major genres. His works include two operas, three symphonies, ballets, violin and piano concertos, vocal and choral music, chamber music, songs, and a sizable body of piano music. His piano works, combining glittering virtuosity with heady impressionism, are nowadays considered to be among the finest and most significant piano works of the 20th century.

Szymanowski was influenced by the music of Richard Strauss, Max Reger, Alexander Scriabin and the impressionism of Claude Debussy and Maurice Ravel. He also drew much influence from his countryman Frédéric Chopin and Polish folk music, and like Chopin he wrote a number of mazurkas for piano (the mazurka being a Polish folk dance). He was specifically influenced by gorale folk music, which he discovered in Zakopane in the southern Tatra highlands, even writing in an article entitled About Gorale Music: "My discovery of the essential beauty of the gorale music, dance and architecture is a very personal one; much of this beauty I have absorbed into my innermost soul."
Szymanowski died in a sanatorium in Lausanne, Switzerland while suffering from tuberculosis.