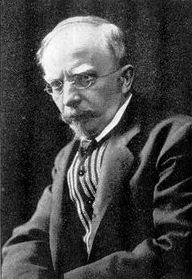 Christian August Sinding was a Norwegian composer. He was born on January 11, 1856 into an artistically gifted family in Kongsberg, a small town near Oslo. His brother Otto was a painter, his brother Stephan a sculptor, and Christians musical talent was recognized at an early age. His first ambition was to become a professional violinist, and during his school years he took violin lessons from Gudbrand Böhn and instruction in music theory from L.M. Lindeman. In 1887 he went to the Leipzig conservatory, where he studied for 4 years, and where his teachers included Henry Schradiek in violin, and Carl Reinecke and Salomon Jadassohn in theory and composition. It was during this period that he found his voice as a composer.

Sindings first major works were the Piano Quintet in E minor. Op. 5, which was premiered in 1885, the Variations in E-flat minor for two pianos, Op. 2, premiered in 1886, the Piano Concerto in D-flat major, Op. 6 (1889), and the Symphony No. 1 in D minor, Op. 21, premiered in 1890. These works won Sinding a degree of fame both in Norway and abroad, and he was recognized as one of the important Norwegian composers, next to Edvard Grieg and Johan Svendsen. His music was however less nationalistic than that of his famous collegues, being influenced by Wagner and Liszt and remaining firmly rooted in the German romantic tradition. This caused his music to fall into neglect after his death. In recent times however, due to a revival of interest in romanticism, his star is rising again.

After 1880, Sinding received regular grants, as well as a stipend, from the Norwegian government. These, together with the regular income from his Leipzig publisher C.F. Peters, provided him with financial independence. In 1924 he was appointed professor of composition at the Eastman School of Music in Rochester, New York, a post which&nbsp;he held for only a couple of months. Sinding lived almost forty years in Germany, being closely associated with the German musical society. As an old man, he was sadly exploited by the Nazis in the political propaganda that was part and parcel of the German occupation of Norway. Christian Sinding died in Oslo on December 3, 1941.

Among his extended oeuvre of 132 works, we count four symphonies, a rhapsody, a piano concerto, three violin concertos, a large body chamber music, piano pieces, songs, cantatas and the opera Der Heilige Berg (The Holy Mountain, 1914). His symphonies and works for violin (for which he wrote well) and orchestra have regained considerable popularity in recent years.

Sinding composed relatively little for the piano. His Piano Concerto op. 6 and piano Sonata op. 91 are large-scale romantic works demanding a full-blooded pianism. It is however for his 6 pieces for piano op. 32 (1896) that he is best known. The third of these is the famous Frühlingsrauschen (Rustle of Spring) that has become a favourite of professional and amateur pianists alike, and one of the most popular recital pieces in all piano literature.