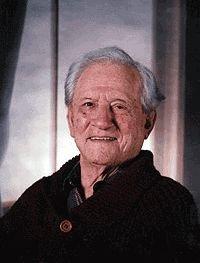 Leo Ornstein was born on December 2, 1893 in Kremenchug, Ukraine and died in Green Bay, Wisconsin on February 24, 2002. As a child, he studied at Petrograd Conservatory, then emigrated to New York in 1907 and studied the piano at the Institute of Musical Art. In 1911 he made his New York début performing standard repertory, while two years later, in 1913, he wrote his first Modernist compositions, Dwarf Suite and Wild Men's Dance (Danse sauvage). The same year he set off on a European tour on which he met Busoni and gained a strong sense of the newest European trends. His first major appearance as a virtuoso specializing in modern music took place in London on 27 March 1914, where he performed his own music, together with that of Schoenberg and a group of Bach transcriptions by Busoni. In January and February 1915 he gave a series of four recitals at the Bandbox Theatre in New York, which quickly led to Ornstein becoming something of a cult figure, especially for the tone clusters that became his trademark. He abruptly withdrew from the concert stage in 1922, continuing to perform only occasionally thereafter, for example, in 1925 when he appeared with the Philadelphia Orchestra for the première of his Piano Concerto. Ornstein's principal focus during these years was teaching. In 1924 he became head of the piano department at the Philadelphia Music Academy, and a few years later he established the Ornstein School of Music in Philadelphia. He retired from teaching in 1953 but continued to compose.

Ornstein's compositions divide into three large groups: experimental works (almost all dating from the 1910s), more conservative pieces that hint of Eastern Europe (from the same period and after) and later pieces that integrate the two extremes. Most of his instrumental music is programmatic. Some works, such as Impressions de Notre Dame or Three Moods, evoke landscapes or emotional states, many building on Debussy-like practices, from filigree semiquaver textures to extended triadic harmonies, pentatonicism and parallelisms. Most of his experimental works, such as the Wild Men's Dance, were for piano, though the Violin Sonata op.31 is his most uncompromisingly modernist. Dissonant and atonal, these early pieces often display an individual use of gapped, chromatic clusters, quite apart from the manner of Cowell, Ives or Bartók. This period is also distinguished by the common use of free-wheeling structures, which give the impression of a spontaneous composition process.

Though Ornstein was rediscovered in the 1970s  he received the Marjorie Peabody Waite Award from the National Institute of Arts and Letters in 1975  much of his output remains unknown. Two of his finest works, the Piano Sonatas nos.7 and 8, were written when the composer was in his 90s.