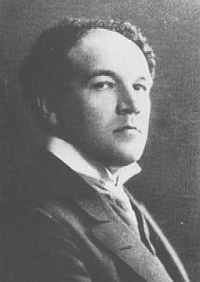 Nikolai Karlovich Medtner belongs in any conversation about the greatest piano composers of the 20th century. A late Romantic, he is often dismissed in unfavorable comparison with better-known composers, particularly his contemporaries and countrymen Rachmaninov (his lifelong friend and champion) and Scriabin, but also -- in a nod to his Teutonic ancestry and some shared rhythmic devices -- Brahms. These comparisons are facile at best. Medtner's natural command of counterpoint, rhythm, and thematic development, combined with a consuming dedication to his craft, led to an early and rapid stylistic maturation and, as a result, a large number of exquisitely constructed piano works, each of which exhibits unmistakably Medtnerian characteristics.

Unmistakable, that is, to the relative few who have heard any of his music. Although highly pianistic -- Medtner was a formidable pianist himself, and all of his published output is either for solo piano or includes his instrument -- his music is notoriously difficult both to sight-read and to play, which is one reason why it has not been commonly performed. Another reason, perhaps more significant, is that it can be hard to digest on first listen. One of the hallmarks of Medtner's compositional style is an unassuming complexity, as a result of which not only the performer is challenged to render it clearly, but also the listener to apprehend it clearly. A pianist who performs Medtner places rigorous intellectual and technical demands on his audience as well as himself.

All of the above makes Medtner sound no fun at all. Far from it. A staunch reactionary in the heyday of atonalism -- he went so far as to write a book, The Muse and the Fashion, defending the old ways (published by Rachmaninov) -- his music appeals both intellectually and emotionally. The composer Medtner most revered was Beethoven, whose influence can be felt in the Russian's fourteen piano sonatas. The most ambitious and significant is his Op. 25, No. 2 in E minor, known as the "Night Wind," which Sorabji called "the greatest piano sonata of modern times." Others which are relatively well known include the Op. 22 in G minor, the Op. 38, No. 1 in A minor ("Sonata-Reminiscenza"), and the Op. 39, No. 5 in C minor ("Sonata Tragica"). These large works do not merely withstand the scrutiny of repeated listening, but reward it by yielding new secrets with time. Other large-scale works include three piano concerti, three violin sonatas, and a quintet which held great personal significance for him: he worked on it for most of his adult life, and it was finally published posthumously. His smaller pieces, among them several dozen Skazki, are no less well constructed and tend to make themselves more immediately accessible.

The advent of several compelling modern recordings has helped make strides toward bringing Medtner's music to a wider audience. Among the most notable are Marc-André Hamelin's complete piano sonatas (Hyperion) and Geoffrey Tozer's ongoing survey (Chandos).