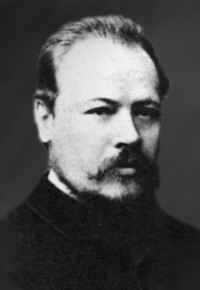 Anatoly Liadov was a Russian composer and teacher, a pupil of Rimsky-Korsakov at the St Petersburg Conservatory and highly regarded by Mussorgsky. Liadov showed early promise and developed a lasting interest in counterpoint.

From 1878, he taught at the conservatory (Prokofiev and Myaskovsky were among his pupils) and also made appearances as a conductor. In the 1870's he was associated with 'The Five' and in the 1880's with the Belyayev circle.

Many of Liadov's pieces are based on pre-existing motifs (folksongs, other composers' themes, a cantus firmus) or rely on a programme, revealing his sense of orchestral colour and gift for musical characterization (notably in the orchestral works Baba-Yaga, 1891-1904, and Kikimora, 1909). In later works, including the symphonic poem Skorbnaya Pesn (1914), he experimented with extended tonality. A series of charming piano miniatures is still in the repertory. Procrastination, indolence and self-doubt prevented him from completing a work of any size or scope.