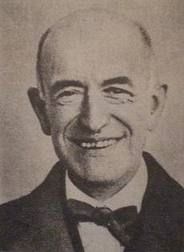 Spanish composer and pianist. He was taught the piano by his mother and harmony by 2 local musicians, but his ambition was to be a composer and he wrote 2 zarzuelas, the first of which was produced in 1902. Falla then studied composition in Madrid for 3 years with Felipe Pedrell. Pedrell, sometimes called the founder of 20th century Spanish music, insisted that a nation's music should be based on folk-song, and this was to be a profound influence on Falla and his Spanish fellow composers Albeniz, Granados, and Turina. However, it was the spirit rather than the letter of Spanish folk-music to which Falla eventually turned.In 1905, Falla won the Madrid Acadademy of Fine Arts prize for the best lyrical drama by a Spanish composer with his 2-act opera La Vida Breve (which was however not to be performed until 1913). In the same year he won the Ortiz y Cusso prize for Spanish pianists. For 2 years he taught the piano in Madrid and in 1907 went to Paris, where he befriended and became influenced by Dukas, Ravel, abd Debussy. In 1914, Falla moved back to Spain where he lived until the outbreak of the Spanish Civil War. In 1939, after conducting 4 concerts in Buenos Aires, he settled in Argentina.

After World War I, Falla's style became less overtly folkloristic (if no less inherently Spanish), gradually to be replaced by a more severe and ascetic style, influenced in equal measure by the early Spanish polyphonic masters, the neo-classical idiom of Stravinsky, and the traditional Flamenco singin style Canto Hondo. Falla, like Ravel, was a fastidious perfectionist, who would agonize over each and every bar, and usually took years to complete a work. As a result, his oeuvre is small but each mature work is a totally original masterpiece.