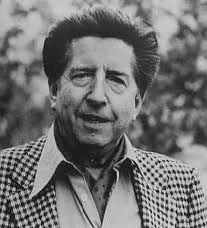 Dutilleux is one of the best known French composers of the second half of the 20th century, producing work in a style distinctly his own, but considered to be in the same tradition as Maurice Ravel, Claude Debussy, Albert Roussel and others. Among his better known works are two symphonies (1950 and 1959), the cello concerto Tout un monde lointain (1970), the violin concerto L'arbre des Songes (1985), various chamber pieces including Ainsi la nuit (1976) for string quartet, and instrumental works.