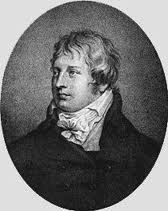 Johann Ladislaus Dussek (Jan Ladislav Dusík) was a Czech composer and pianist, the most famous member of a long line of musicians. He was born February 12, 1760 in Čáslav, Bohemia and died March 20, 1812 in St.-Germain-en-Laye, France.

A good-looking, womanizing and flamboyant person, Dussek's life story, strewn with affairs and other romantic incidents, reads like a novel. After early studies in Bohemia, he traveled to the Netherlands and Germany, where he may have studied with Carl Philipp Emmanual. From there, he went to St. Petersburg, where he worked at the court of Catherine the Great, until he had to flee after being (probably unjustly) implicated in an assassination plot. He then worked as music director for Prince Radziwill in Lithuania for a year, and subsequently toured Germany as a virtuoso performer on the piano as well as the glass harmonica. After that he went to France where he became a favourite of Marie Antoinette. At the outbreak of the French Revolution in 1789, Dussek left France for England, and settled in London as a virtuoso pianist, earning great praise from Joseph Haydn.

In London, Dussek worked with the piano manufacturer John Broadwood, the developer of the "English Action" piano. This was a significant step in the development of piano technique, as Dussek's works were ahead of their time and called for a range, strength and sonority not currently available. Dussek also teamed up with the music publisher Corri, but he had to flee London for Germany after their joint venture went bankrupt, and his partner (by then his father-in-law) was imprisoined.

In Germany, Dussek resumed the life of a glamorous touring concert pianist. According to Louis Spohr, Dussek was the first to position the piano sideways on the stage "so that the ladies could admire his handsome profile". Before long, however, he took up a position with Prince Louis Ferdinand of Prussia, who treated him more as a friend and colleague than as an employee.

In 1807, Dussek returned to Paris in the employment of Talleyrand, the powerful French foreign minister. The remainder of his life he spent performing, teaching and composing in Prussia and France. An all-too-good lifestyle (causing him to grow so obese he could no longer reach the keyboard) and a predilection for alcohol led to his untimely death in 1812.

Dussek was a pivotal figure between the classical and romantic 'eras' - insofar as these eras can be separated at all. Being influenced by Mozart, Haydn, Clementi, and C.P.E.Bach, he in turn was an inspiration for Mendelssohn, Schumann and Chopin. His oeuvre consists of may piano pieces, as well as piano concertos, chamber music, and a musical drama. Some of his more sucessfull compositions are composed as programme music to illustrate important events of the time. Two examples are the piano piece The Sufferings of the Queen of France (1793), a series of episodes of varying lengths, with interpolated texts relating to the Queen's misfortunes, including her sorrow at being separated from her children, and the highly unusual Sonata for Piano, Violin, Cello and Percussion The Naval Battle and Total Defeat of the Dutch by Admiral Duncan (1797), which is an extremely rare example of pre-20th century chamber music including percussion.