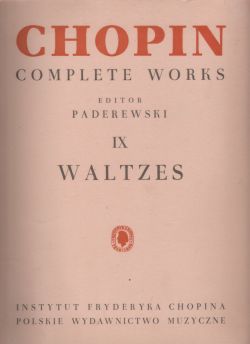 During the lifetime of Frederic Chopin (1810  1849), the Waltz became very popular, both as a dance and as salon music. Chopin had poured scorn on the Waltz, writing home from Vienna They actually call Waltzes works. And so eventually did he. His own Waltzes undoubtedly reached their finest flowering in Paris but he first discovered the form in Warsaw. He took special pains over the structure and continuity and the organic principle of developing variations lies in one way or another behind most of them.