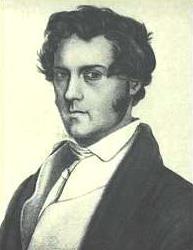 Johann Friedrich Franz Burgmüller was born in 1806, Regensburg Germany. He was the son of Johann August Franz Burgmüller (German organist and conductor 1766-1824) and elder brother of Norbert Burgmüller (German composer and pianist 1810-1836). Friedrich studied with Ludwig Spohr (1784-1859) and Moritz Hauptmann (1792-1868). After years of studies with Spohr and Hauptmann, Friedrich settled in Paris (until his death in 1874), and he adopted Parisian music. Friedrich Burgmüller wrote numerous pieces of salon music for piano and published several albums of piano studies that have become standard works.