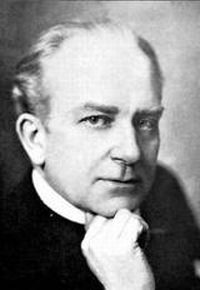 In 1904 Bortkiewicz married Elisabeth Geraklitova and they resided in Berlin. There he composed and became a touring artist. Unfortunately, Bortkiewicz refused to promote his own piano music by playing it in recitals, thereby diminishing the potential for royalties on sheet music sales and jeopardizing his future financial security. In Berlin, he taught piano both privately and at the Klindworth-Scharwenka Conservatory, where he met his most steadfast friend, the Dutch pianist Hugo Van Dalen.

At the outbreak of World War I in 1914, Bortkiewicz and his wife were forced to flee Berlin. They returned to Kharkov, where he continued to teach piano and tour. The outbreak of the Bolshevik Revolution in 1917 forced them to next flee to Constantinople. Eventually, they immigrated to Vienna, Austria, arriving there in the summer of 1922.

In Vienna, Bortkiewicz received financial support from a former colleague at the St. Petersburg Conservatory, Paul de Conne, who introduced Bortkiewicz to the music community and music publishers there. In 1929 he and Elisabeth returned to Berlin. Near destitution, Bortkiewiczs was kept afloat by the generosity of his loyal friend, Hugo Van Dalen. With Hitlers rise to power, Bortkiewicz, perceived to be Russian, was barred from doing concerts. He and Elisabeth had little choice but to return in 1935 to Vienna, where Bortkiewicz held citizenship.

During World War II the Bortkiewiczs survived the hardships by relying again on Van Dalen for support. During the bombing of Germany, many printed stocks of Bortkiewiczs sheet music, and even some of his original publishing manuscripts were destroyed, virtually eliminating hope for royalties. (Some have since been recovered.) Fortunately, he was invited to conduct master classes, which provided some income.

From 1945 into the early 1950s, Bortkiewicz was totally engaged in the musical life of Vienna, and his own music was very well received. At last he was enjoying the success he so fully deserved. He died of thrombosis on October 25, 1952.

Bortkiewicz was a prolific composer during his lifetime despite frequent periods of adversity. He wrote at least 10 symphonic works; two concertos for piano, as well as one each for cello and violin; a very sizeable and impressive repertoire for piano solo and duets; five chamber music works; an opera, and numerous lieder and art songs. After his death Bortkiewiczs music was nearly forgotten. Today, it has enjoyed a renaissance in Ukraine and the Netherlands. Musicians elsewhere in Europe and North America are likewise working to increase awareness of this extraordinary Late Romantic composer.

(A far more detailed account of the life, times, and music of this wonderful composer can be found on the Bortkiewicz website at www.xs4all.nl/~ingp0040/1073586.htm.)